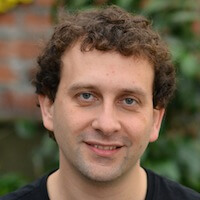 Semyon is a producer, art director, and talent buyer for Tele-Club Ekaterinburg (since 2008), a leading live music venue in Russia to the east of Moscow. Between 2013 and 2017, Tele-Club has been listed in the Top 200 Clubs in the World ranking published by Pollstar magazine, and currently holds the 57th place in the world, 3rd place in Europe and 1st in Russia.

Since 2015, Semyon has been the managing partner and talent buyer for the  Dom Pechati club in Ekaterinburg, which has been called the “best venue” in The Guardian’s An insider’s cultural guide to Yekaterinburg (aka as the Russian Manchester.)