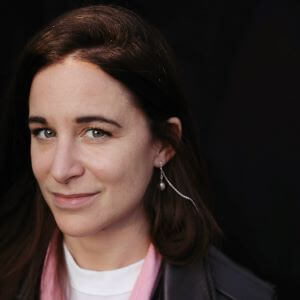 Fay Milton is co-founder of campaigning organisation, Music Declares Emergency, a group of artists, music industry professionals and organisations that stand together to declare a climate and ecological emergency and call for an immediate governmental response.

The group has now over 6,000 signatories including some of the biggest artists, record labels, festivals and live promoters in the industry. Their hashtag #NOMUSICONADEADPLANET is recognised globally.

Fay is a presenter of the music and climate podcast Sounds Like a Plan produced by New Allotment.

Fay is also a drummer and music producer, having played in the London-based, post-punk band, Savages, and producer of collaborative project 180dB. Savages have been nominated twice for the Mercury Prize and are critically acclaimed for their intense live shows.

Fay was formerly a video producer and director working across music and entertainment.