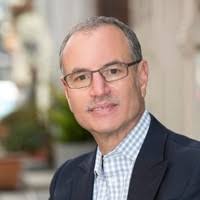 For over 30 years Brian has worked within the United States and international entertainment business sector as senior executive for the world’s leading companies. Since 2019, he has been overseeing Oak View Group’s international facilities expansion and development efforts throughout all global markets.

Previously, Brian managed AEG’s expansion of facilities in Europe as their vice president of business development. During his 12-year tenure, he led the AEG Facilities team to develop new and/or existing stadium and arena venues across the UK, Scandinavia, and the European continent.

From 2015-2018, Brian held the position of president of the European Arenas Association, a collective network of 36 arenas located in 21 European countries.

During the 1990’s, he worked for Ticketmaster US and Ticketmaster International in various capacities including as its executive vice president for its International division where he managed its worldwide businesses and led various acquisition opportunities for the world’s leading ticketing company.